Beth Dixon Methfessel,
Clerk to the Electoral Board 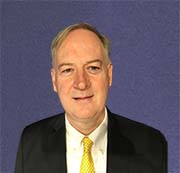 Christopher Henzel, Chairman [ Email ]
Ambassador Henzel served for 36 years in the U.S. foreign service, with a concentration on the Middle East. He has been a legal resident and frequent absentee voter in Fairfax County for 20 years. Since retiring from the federal government, he has served as an election officer and party poll watcher. He now resides in McLean and is a consultant for U.S. businesses working overseas. He is a graduate of the College of the Holy Cross and of the National War College. 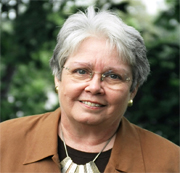 Katherine K. Hanley, Secretary [ Email ]
Kate Hanley served as Secretary of the Commonwealth, Chairman of the Fairfax Board of Supervisors, Providence Supervisor, and on the Fairfax School Board. Currently she serves on the Board of Directors of the Metropolitan Washington Airports Authority, the Inova Health System, the Arts Council of Fairfax County, HomeAid Northern Virginia, Cornerstones and co-chair of the Virginia State Board of Elections' General Registrar & Electoral Board Advisory Workgroup. In 2011 she chaired the Fairfax County Board of Supervisors’ Advisory Committee on Reapportionment, and in 2013 co-chaired the Bi-Partisan Election Process Improvement Committee. Hanley earned a B.A. in French Civilization and a B.S. in Secondary Education from the University of Missouri and an M.A.T. from Harvard University. 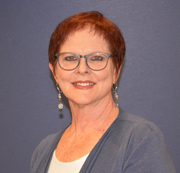 Bettina serves her community as chair of the Fairfax-Falls Church Community Services Board, as president of the Auxiliary to the Veterans of Foreign War Blue and Gray Post 8469, and as a reserve deputy sheriff for the Fairfax County Sheriff Office.

OFFICE OF THE REGISTRAR

In each county and city in Virginia, a three-member Electoral Board is responsible for the proper and orderly conduct of all elections held in their locality. This includes preparation of ballots, administration of absentee ballot provisions, the conduct of the election, and the ascertaining of the results of the election. The Electoral Board is also responsible for appointing a General Registrar/Director of Elections to a term of four years (Va. Code § 24.2-109). Each year one member of the Electoral Board is selected for a three-year term by the Circuit Court from a list of recommendations submitted by the local political parties. Two of the members on the Electoral Board represent the political party that cast the highest number of votes at the last preceding gubernatorial election. The third member represents the party that received the next highest amount of votes (Va. Code §24.2-106).